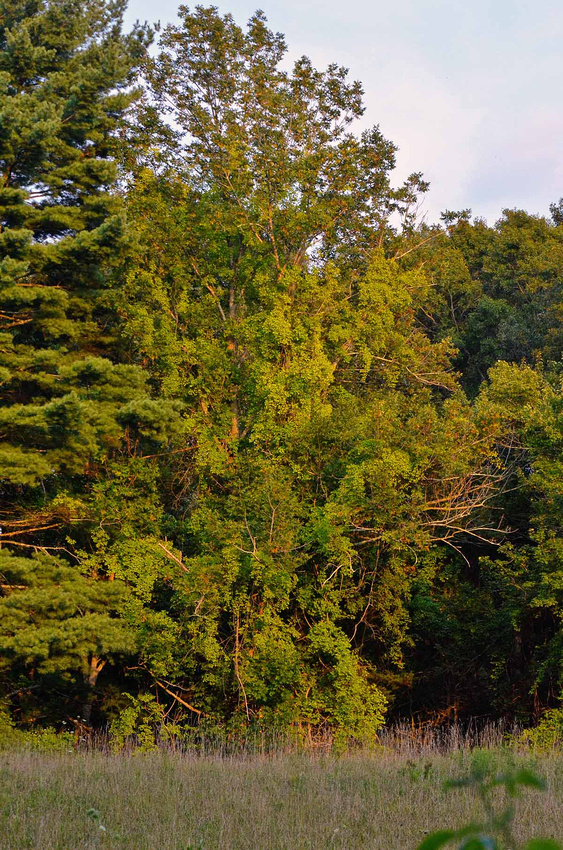 It's way too early to be looking for the first signs of autumn, but in the late afternoon golden sunlight, I spotted a bit of color that appeared to be consistent with the very beginnings of fall. Some of the Poison Ivy has already started losing its green, and there are at least a handful of Hay-scented Ferns that are turning to straw. But this maple is the first of the hardwoods that seem to be responding to the waning amount of daylight by turning off the production of the green pigment chlorophyll. When the green goes, the accessory pigments—chlorophyll's hidden helpers—begin to show their colors, which are yellow and maybe a hint of orange. Often, of course, the cause of the early turning is drought, and certainly we've had our share of ultra-dry weather this summer. Whatever the reason, there's something dazzling... and autumnesque... taking shape on the ridges. Not that it's quite time to put away the bathing suits... not yet, thankfully.